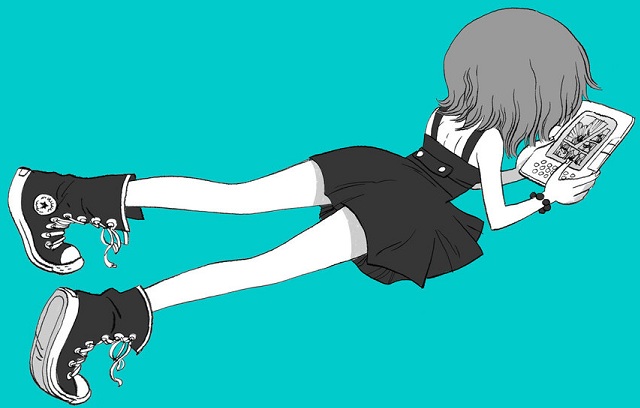 Tuesdays are starting to feel a lot like Mondays...

So, it looks as though our D&D games are on hiatus for the time being, since we've got a 4th year tearing her hair out over her dissertation, as happens, me with a small pile of work I really should have done by now, and various other hang-ups and obstacles and to be quite honest we can just get back to it later anyway.
Anyway, this is yet another post where I don't actually have anything non-nebulous to say. I might have an idea for a post in the near future, but I'm warning you; it may contain Warcraft. Or possibly webcomics.
But while I'm here and babbling on anyway, I thought I'd mention that I started a new blog for reasons pertaining to the fact that I am unemployed and skint, and since my writing is the only thing resembling talent that I've got, I'm desperate enough to whore it out for money. Yeah, I do commissions now and if you commissioned me for something I would love you forever I really would. For evidence that I can actually write, you can look me up on fanfiction, fictionpress or deviantart.
Yes, I am basically shameless. And desperate. And also slightly pathetic.
So yeah, have a great day you guys!
Posted by mintbanana at 13:49 No comments:

A short blog about stuff

No D&D Stupidity this week, since we were down the player for our artificer, and given that the party hasn't actually met her properly yet, it didn't seem fair to continue. So yeah, that'll hopefully pick up again next week.
Anyway, I don't actually have  topic for this week, since I haven't really be doing very much except playing video games. Oh, and I did some coursework too, but we don't care about that. I also started up a new deviantArt account for my writing, since my old one was full of all my disastrous attempts to draw things.﻿
I came to the conclusion this week that Dragon Age is not really for me. I like being able to have conversations with all the party members and stuff, but for some reason, the goals seemed too vague and everything was kind of grey and brown and no amount of Morrigan and Sten deadpan snarking at everything was making it better. So I went and played Final Fantasy XIII instead (don't mock me; I know which one is the better game, XIII is just prettier).
And today I played Warcraft. Again. That's pretty much what I do every day that I can't be bothered actually leaving the flat, and since I woke up today feeling like a train had run over my skull, Warcraft it was.
Anyway, self-imposed posting obligations are now dealt with, and I'm going to slope off.
Posted by mintbanana at 19:06 No comments:

The Return of D&D Stupidity!

Where Did February Go?

Well, it's March already, and I only wrote two posts in February. I am moderately ashamed of myself. So yeah, today, I'll talk about the happiest game about kidnapping and serial murders ever :D

Yes, it's time for the other Persona game! This one was released in early 2009, and while it takes place two years after Persona 3, we have an entirely new cast of characters and a new location.
The storyline in Persona 4 is much, much lighter than Persona 3, despite the aforementioned kidnapping and serial murder. We start off with our new protagonist (I called him Souji, after his manga incarnation) moving to the sleepy town of Inaba to live with his Uncle and cousin while his parents... are not around. I don't know. Persona just seems to have a thing against their teenage protagonists having parents. At least Souji's aren't dead like the last protagonist's.
I'm not going to be talking about the gameplay much here, partly because it's the story and the characters that absolutely make this game, and also because it plays much like Persona 3, only slightly more refined. There is a slightly different dungeon structure, and the boss battles are harder, but other than that, there's not a whole lot that's changed, although I should probably mention that the dungeons are locations such as  a castle, an underground lab, and a strip club.
Right, now that we have that out of the way, watch this:
That is a fairly accurate (if slightly simplified at points) rendition of the introductory section of the game. And yes, the dungeons are accessed by jumping into TVs, in case you were wondering. Interestingly, the murder victims were killed by being pushed into TVs as well.
I think they're trying to tell us TV is bad or something...
Anyway! After two people die and a third is kidnapped, the initial gang decides to do something about it. Then follows wacky adventures, whereupon we add lots of dysfunctional characters to the team, because this a Persona game, and we can't let the protagonist make friends with normal people.
Speaking of, social links are back, and it's much easier to max them all out on a single playthrough (not that I managed, but nearly). This time, there's no reward at the end of it, but it's also stupid amounts of fun. Of course, this is because Souji ultimately ended up being the biggest manwhore in the town on my playthrough, and even though two of his girlfriends had a fight in the middle of the street over him, everyone still likes him. Behold the power of the Persona Protagonist everyone; as long as you help a kid get over his dead sister and let Chie kick you for a while among other things, you can sleep with as many pretty girls as you want.
No, seriously. I'm not even kidding.
So, my whoring Souji out aside, this game is a lot of fun. The plot starts out much more light hearted than Persona 3 as mentioned (although how it manages to do this with two people being killed in the first hour or so is beyond me), and ultimately stays that way, despite what should be extremely dark plot development. It also has an entire section devoted to a class trip back to the area where Persona 3 was set, which made me ridiculously happy (and it also features the cast of 15/16 year olds getting smashed. On juice).
Overall, no, this storyline is nowhere near as good as the one in Persona 3, but it's still a bloody brilliant storyline in its own right. It also wins on the replay front, because it's quicker and easier to get through, even if it's harder to get the real ending. And it's downright hilarious in places.
For those interested, the video up there is a dub of Hiimdaisy's Persona 4 comic, which is both split-your-sides-laughing funny, and also fairly accurate to the game. Check it out sometime ;D
Posted by mintbanana at 17:00 No comments: